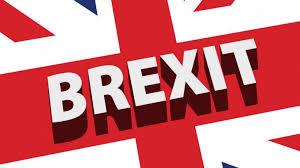 Having worked in an estate agents office for over 25 years, I have plenty of experience of guiding clients with my property market crystal ball; advising on my forecast for the market following various ups and downs along the way….

Interestingly, 25 years ago one of things I would never have been able to predict (with or without my tarot cards!) is exactly where house prices are today.  I have been a homeowner for the majority of my career and when I bought my first house for £44,000 I put everything I had into scraping a deposit together and begging and borrowing for sticks of furniture like most first time buyers of my era did.   I have always tracked the value of my first ever house as a point of reference and the most recent sale in the road was nearly £170,000 for the same house type as mine.  I often think about the fact that in 2020 my measly £40,000 mortgage would have been paid off and I could have lived out my days mortgage free; however, several house moves later my (now joint) mortgage is considerably more than it was back then and depressingly we still have another 20 years until it is paid off.

So, looking into my crystal ball – how do I think the UK’s imminent/potential/likely/unlikely/undecided departure from the European Union affect property prices?  Are we all going to be in negative equity as one of the stars falls off the euro flag?  Will property prices plummet as the politicians decide deal or no deal?  The most likely answer of course; is probably not.

The property market is multi-faceted and here in my home town of Solihull – throughout my career varying factors have influenced property values.  In hindsight, which is a wonderful thing, any ‘crisis’ experienced has been very short lived and the exceedingly high demand for property in the area has always left house prices accelerating beyond where they were at the previous high point.

As you look back over the property market of the last 40 or so years; it is evident that the main factor that drives house prices is the interest rate.  During my career alone, back in the early 90’s we were in the downward run from the really high interest rates at the turn of the decade – and by the late 90’s when they had considerably dropped property prices were on the climb again.  The devolution of the bank of England again levelled and lowered interest rates and the early noughties property prices continued to climb as the interest rate continued to level; and by 2008 when house prices were at their highest ever levels the property market came to a total stand still in the wake of the Northern Rock crisis!  However, this again was far more short-lived than the so-called experts of the time predicted and by 2010 house prices were back where they were – aided by a lowering of the interest rate and a few subtle (and long needed) stamp duty adjustments.  From that point onwards the interest rate has remained at it’s lowest ever level and what have house prices done?  Increased!  So looking ahead now, as it is clear that the housing market is much slower than it was 12 months ago – what does my magic crystal ball predict?  It is my opinion that property prices will stagnate – there seems little national reason why prices would plummet?  The cost of borrowing money is still much the same and there some excellent fixed rates available in the mortgage marketplace.  The demand is still good; people still want to move onward with their equity and first time buyers (although on average much older) still want to get onto the property ladder.  So, as long as the interest rate remains the same – why would property prices fall if the going is good in all of the other areas?!  And in a period of uncertainty, which Brexit will undoubtedly bring – the Bank of England are hardly likely to stress the market with an interest rate rise; so as far as predictions go, I would think that buying your first home now or moving on, your investment will be as safe as houses!

Once logged in you can amend your personal details, add/amend/delete email alerts and access your saved properties.

New property alerts are sent to your requested email address at your selected frequency once an we publish a new property or a price change takes place.

To manage your alerts, click on the members icon at the top of the screen once you are logged in alternatively you can access this from each and every property.

You can register here!