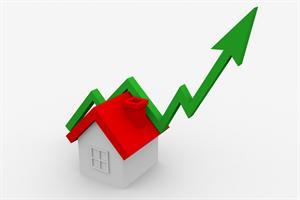 House prices showed an annual rise in all regions of the UK in May for the first time since January 2008, official figures show, as mortgage availability and confidence continued to grow.

The Office for National Statistics (ONS) said that house prices increased by 0.3% in May, and were up by 2.9% on the previous year. It put the average price of a UK home at £239,00.

The overall year-on-year increase recorded by the ONS reflected growth of 3.1% in England, 0.8% in Scotland, 0.6% in Wales and 1.9% in Northern Ireland – the first time since February 2008 that prices have risen there.

All regions of the UK saw price increases, but as has been the case for some months, increases in London outstripped those everywhere else.

Once logged in you can amend your personal details, add/amend/delete email alerts and access your saved properties.

New property alerts are sent to your requested email address at your selected frequency once an we publish a new property or a price change takes place.

To manage your alerts, click on the members icon at the top of the screen once you are logged in alternatively you can access this from each and every property.

You can register here!